The following is guest post from Amanda Dean of Silver Living.

I think many of us fear the notion of being elderly, infirm, and helpless. We are afraid to imagine that we could be alone or reliant on others for care, with no hope for better days before we pass. It is a future that no one wants to consider might befall them. Unfortunately, this means that many Americans are not preparing for the possibility of needing long term care in their senior years. Yet many will. So with no savings or plan in place, the fear could easily become a reality. This is the crux of a financial crisis looming over the country. Previously I discussed the problem America faces with an aging population and the lack of financial readiness (both personal and nation-wide) to support the coming need. So what options are there to face this problem and create some stability for America’s future retirees (which most of us will be at some point)? 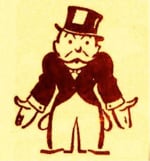 Private long term care insurance (LTCI) is a possibility for many who want to make sure they will have some security as they age. But the market is struggling right now, partly because not enough people are buying in. It is a case where healthy people think they will never need it (or erroneously expect Medicare to cover it) and unhealthy people are using all of the assets in the system. Coupled with low returns on investments, the pool of money to pay out claims is dwindling. Many private companies are pulling out of the market or raising premiums to cover costs and so it is becoming increasingly difficult for the middle class to get and afford coverage. Even those that buy in early could be faced with large rate hikes in the future (some already have), making coverage less affordable for the elderly who need it and less attractive for younger buyers who finance it.

The Senior Care Action Network (SCAN) committee members agree that the current setup is not viable in the long run. As they stand, federal programs are not prepared for the upcoming need, private insurance is not widespread enough, and the aging population does not have the personal savings and resources to cover likely expenses. What they could not agree on is a solution. Several suggestions were discussed, but no consensus reached. Possibilities included enhancing private insurance to be more affordable and appealing, requiring companies to offer insurance and make employees purchase it, improving the incentives previously offered through tax credits, linking it to health insurance, or mandating LTCI purchase for a large portion of the population.

Congress has made efforts to address this problem before, but thus far a viable solution has not emerged. The CLASS Act was passed with the recent Affordable Care Act to offer Americans an option for affordable LTCI. However, the act was repealed in January after it was determined that making the program voluntary meant there was no way to guarantee its sustainability. If there wasn’t enough buy-in, there would not be a sufficient pool of money to pay out future claims, which is the same problem private companies are facing. Congress has now established a committee to study the looming crisis and make recommendations for potential solutions.

This, of course, begs the question for many: is it really the government’s concern in the first place? The answer is the subject of much heated debate. There are those who feel the government already spends too much on entitlement programs and it should be up to each individual to save for his own future. Others see that Americans are woefully unprepared for their potential care needs and feel it is government’s responsibility to step in. Whichever view you take, it is painfully clear that many people are not ready for the possibility of needing long term care at some point in their retirement. While not everyone will need it, the numbers tell us that a large percentage of those who will are not prepared, and their care will fall to someone else. If they are fortunate, there will be family members with adequate resources to step in. If they are not so fortunate…whose problem will that become?

Amanda Dean
Amanda Dean is an expert in senior care with almost two decades of experience. After graduating from Cornell University with a degree in Human Development, Amanda was selected for the highly coveted role at NYU Langone Medical Center as a Geriatric Case Manager. She then founded and ran the largest independent local senior care advisory in NY for 12. Amanda joined Silver Living, the only expert research source on senior care, as the Senior Editor in 2012.

Shop our full selection of rolling walkers, including: 3 wheel and 4 wheel walkers; we also have no wheel or standard walkers (knee walkers too)