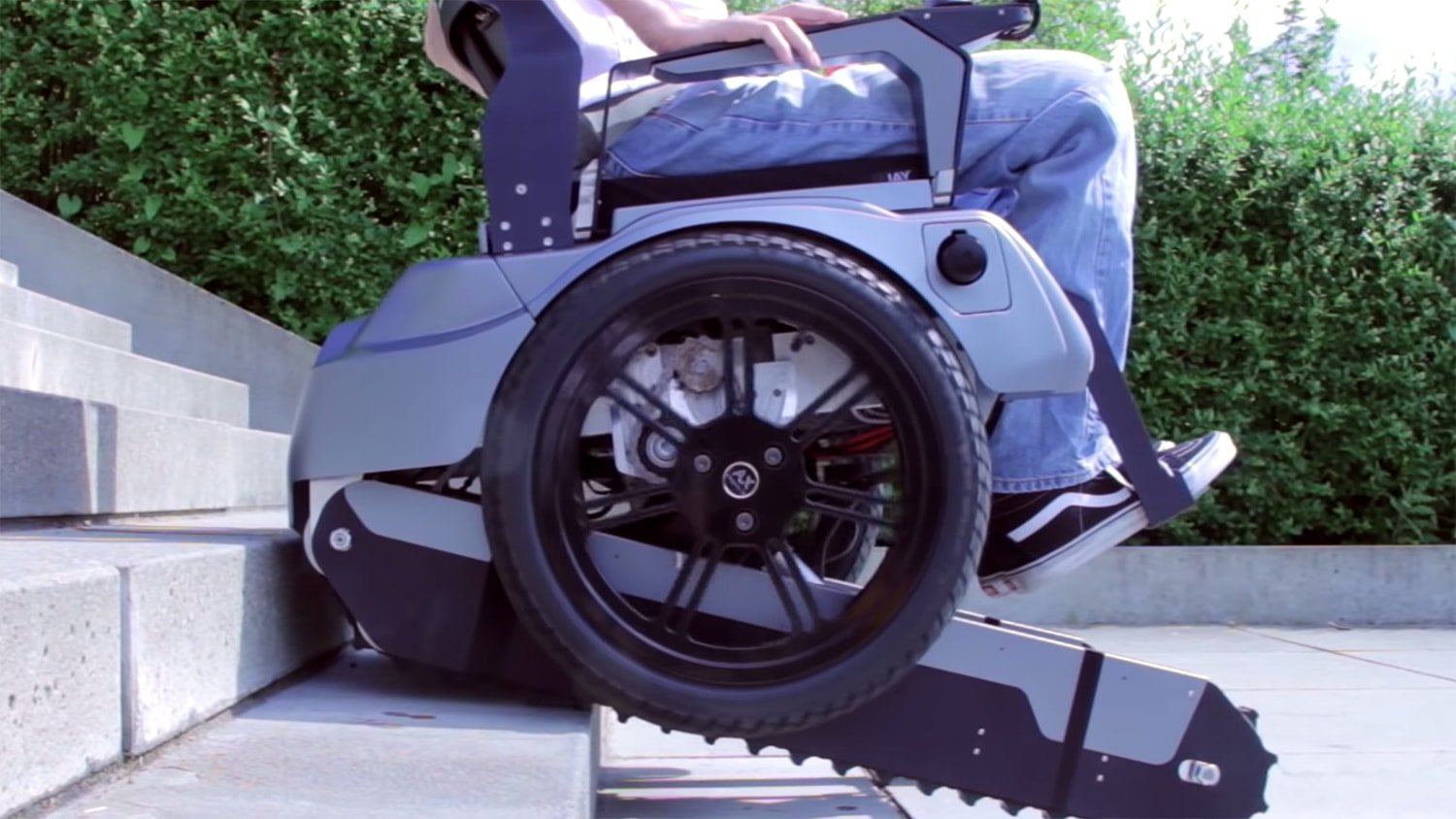 Advances in technology affect all kinds of people, but this sort of progress can truly transform the lives of those with physical and mental disabilities. From mind-controlled exoskeletons to driverless cars, the past couple of years have been a windfall for accessible tech and we’ve compiled a list of 10 exciting innovations that are already redefining disability.

We’re kicking things off with what may just be the most sci-fi sounding entry on the list. Bafflingly, when a 29-year old paraplegic man named Juliano Pinto kicked the ceremonial first ball at the 2014 World Cup using a mind-controlled exoskeleton to help him walk/kick, it didn’t make for major headlines. What should have been frontpage news was mentioned in passing, but it was an incredible achievement that would have seemed implausible just a short time ago.

From mind control to eye control. There’s no more intuitive way to pilot anything than with your eyes. There have actually been several successful eye-controlled wheelchairs in the past couple years, but one of the most promising systems was the Eyedrivomatic, developed by Patrick Joyce, a 46-year old British inventor with motor neurone disease. The technology gives the old “watch where you’re going” refrain a whole new meaning.

Unfortunately, those with disabilities are often forced to use goods and services designed for the non-disabled population and adapt them to their particular situation. In recent years, however, there has been a boom in accessible fashion, and companies like IZ have created fun, fashionable clothing lines truly catered to the disabled community.

As we mentioned earlier, 3-D printing is a godsend for accessibility and we’ve seen the technology work wonders in the field of prosthesis. We’ve seen custom-made, 3D-printed arms and legs help folks navigate and manipulate the world around them and but Alex Pring’s prosthesis takes the cake. The 7-year old, Central Florida boy was gifted with a 3-D printed version of his favorite superhero’s arm and Iron Man Robert Downey Jr. delivered it to him in person.

Stairs: The bane of every wheelchair user’s existence. That may soon change, however, as several stair-climbing wheelchairs are currently in development with a few already in production. One of the most promising is Scalevo, the brain-child of a team of students at ETH Zurich and the Zurich University of the Arts. While ramps are still integral to accessible design, this technology may soon provide wheelchair users with a way of tackling a previously insurmountable obstacle.

Tesla Motors and Spacex CEO Elon Musk has thrown substantial weight behind this idea and recently made waves by saying that Tesla could have a commercially-available driverless car within two years. Why is this technology accessible? It allows those with disabilities that leave them unable to drive traditional cars to own and operate their own vehicles. That sort of mobility could be life-changing for thousands, perhaps millions around the world.

Sadly, many major cities around the world lack accessible public transportation and infrastructure, but in recent years, a host of dedicated applications have aimed to make it easier to navigate a frustratingly inaccessible world. Case in point, Jason DaSilva’s AXS Map, which maps accessible locations around the US and uses community input to rate them from their friendliness to those with disabilities.

These days, it seems everything is “connected,” and wheelchairs have benefitted from that revolution. Just like TVs, cars, and a host of other technologies, wheelchairs have gotten “smarter” in recent years and some models can now store and connect to a user’s health history, monitor their vital signs, and even send out distress calls in case of emergency.

Virtual reality was once a staple of science fiction, but of late, it has been a hot topic in the real world. Head-mounted VR sets like Occulus VR’s Occulus Rift provide an immersive experience and wide commercial availability could make VR the talk of 2016. While the technology is still in its infancy, it could soon provide disabled users with virtual access to a variety of experiences that would otherwise be inaccessible. It has become cliche to say, but the future truly is now.

Human wheelchairs are a time-tested, age-old invention, but in the last few years, we’ve seen an influx of wheelchairs designed to accommodate both furry and not-so-furry friends. 3-D printing could very well have its own entry on the list, but the technology has allowed inventors to cheaply produce highly specialized mobility devices for dogs, cats, turtles, guinea pigs, and even goldfish.